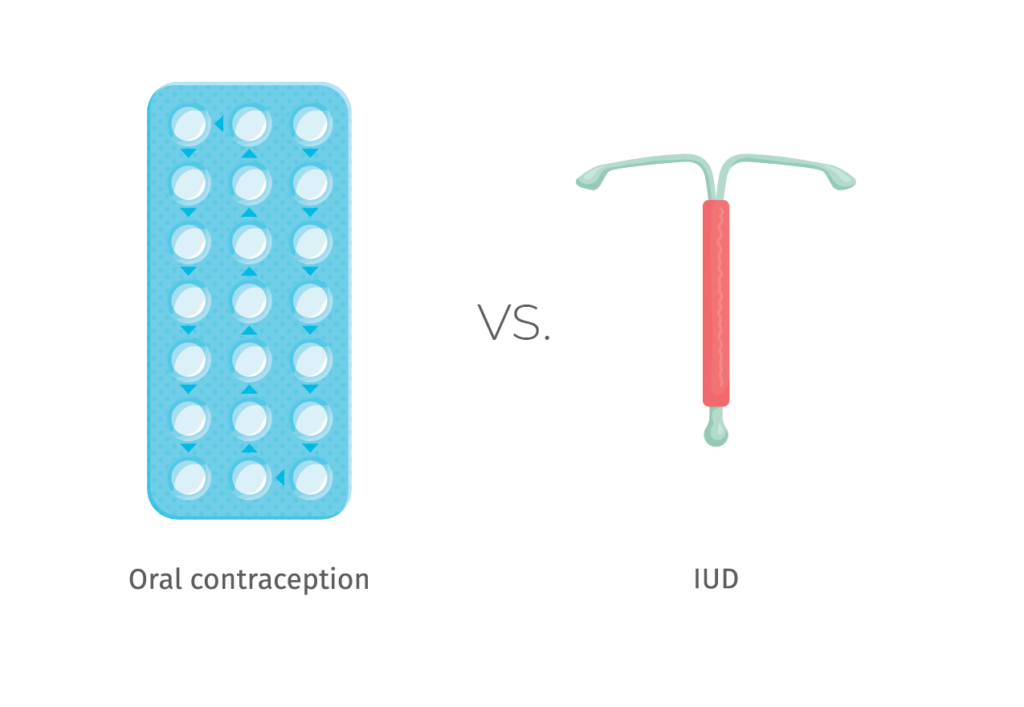 If you have ever considered starting  or are already on a form of birth control, you likely know how many options are available today – and how overwhelming it can be to figure out what’s right for you.

But don’t worry, you are not alone in this process. To help you get started in finding the right birth control for you, our Woodlands, Texas practice is breaking down the differences between two types of female contraception in our guide to birth control.

All about contraception pills (OCPs)

As stated in StatPearls Publishing, “The birth control pill is the most commonly prescribed form of contraception in the US. Approximately 25% of women age 15 to 44 who currently use contraception reported using the pill as their method of choice.”

But what options are currently available for contraception pills, how do they work, and what are the benefits and risks?

What are contraception pills (OCPs)?

What type of contraception pill is right for you will be dependent on your situation and your medical needs. Your doctor will be able to guide you in the right direction. 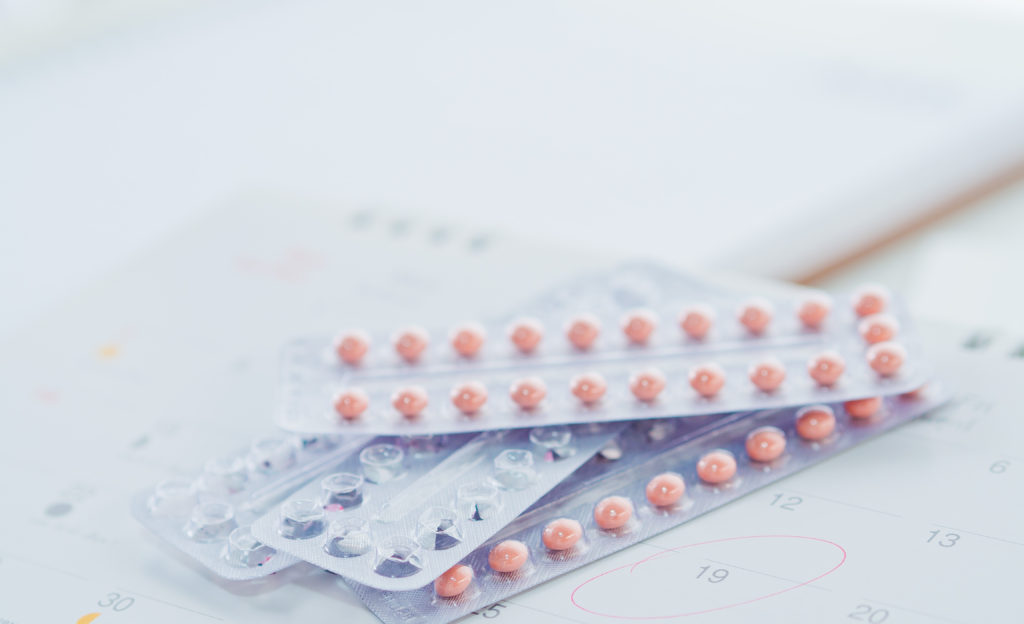 How do contraception pills (OCPs) work?

To put it simply, estrogen and progesterone together will stop your ovaries from producing eggs, while progesterone on its own will keep the sperm away from the egg. Both processes reduce the chances of pregnancy drastically.

Again, what type would be best for you would depend on your doctor’s recommendations, but the key to these hormones working correctly is taking the pill as often as directed.

What are the benefits of contraception pills (OCPs)

If you ask most people why they chose or have stuck with contraception pills (OCPs) as their form of birth control, it’s often because they are safe, easy to take, easy to access and effective.

According to Planned Parenthood, “If you follow the instructions and use the birth control pill correctly, it gives you great protection against pregnancy.”

Other than that, other reasons people have been loyal to the tried and true contraception pill (OCPs) as their form of birth control include, but are not limited to:

What are the risks of contraception pills (OCPs)

As stated, perhaps the biggest risk associated with this birth control is the likelihood of missing a dose, and therefore, increasing the risk of pregnancy.

Depending on your medical history, some people may be susceptible to severe health risks if they take the pill. That is why you must consult with your doctor before going on contraception pills.

All about IUD birth control

“Unintended pregnancy is a major problem in the United States. Approximately 3 million pregnancies per year — 50% of all pregnancies — are unintended, and this rate is significantly higher than that in other developed countries, according to the New England Journal of Medicine. The Journal continued, stating that, “Approximately half of unintended pregnancies result from contraceptive failure, usually owing to incorrect or inconsistent use of contraception, and the remainder are due to nonuse.”

But with contraception pills still being a very common form of birth control in the United States, is there a way of improving your chances of not becoming pregnant?

What is an IUD?

To put it simply, an IUD is a birth control option that is inserted into the uterus and stays inserted until your doctor removes it.

How does an IUD work?

As with any medical process or procedure you are looking to pursue, it is important to understand how it works.

So as Planned Parenthood explains, “Both copper IUDs and hormonal IUDs prevent pregnancy by changing the way sperm cells move so they can’t get to an egg. If sperm can’t make it to an egg, pregnancy can’t happen.” 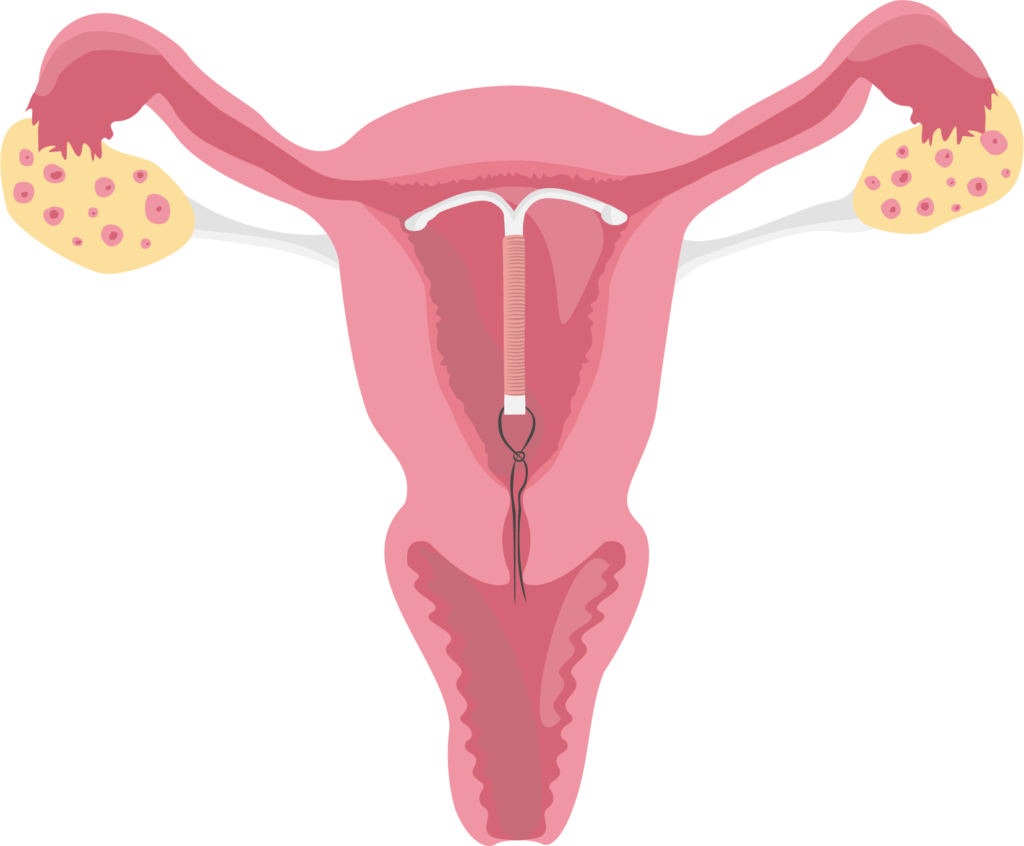 Planned Parenthood goes on to explain the differences between the two types of IUD birth control, “The Paragard IUD uses copper to prevent pregnancy. Sperm doesn’t like copper, so the Paragard IUD makes it almost impossible for sperm to get to that egg. The hormones in the Mirena, Kyleena, Liletta, and Skyla IUDs prevent pregnancy in two ways: 1) they thicken the mucus that lives on the cervix, which blocks and traps the sperm, and 2) the hormones also sometimes stop eggs from leaving your ovaries (called ovulation), which means there’s no egg for a sperm to fertilize. No egg, no pregnancy”

What are the benefits of IUD birth control?

For most, the biggest benefit of selecting the IUD as a form of birth control is it’s efficacy.

In fact, according to The New England Journal of Medicine, “The effectiveness of long-acting reversible contraception is superior to that of contraceptive pills, patch, or ring and is not altered in adolescents and young women.”

But efficacy isn’t the only benefit of IUD birth control.

As stated in a study in StatPearls Publishing, “Intrauterine devices (IUDs) are one of the most effective forms of contraception available today with rates of failure similar to various forms of sterilization. There are many benefits of IUDs including efficacy, ease of use, reversible nature, and patient satisfaction, especially with time commitment for long-term use and cost.”

To break it down further, some of the biggest benefits of an IUD include:

What are the risks of IUD birth control?

With the efficacy of IUD birth control also comes with some side effects you should consider before choosing this option:

Other than these risks, based on medical history, some people are simply not candidates for this form of birth control.

About Comprehensive Medical Specialists of Texas

Dr. Natalie and Richard Drake have combined their many years of gynecological training and expertise to provide trusted and personalized help in all areas of women’s health.

Dr. Natalie and Dr. Richard have mastered many different methods of women’s health care so they can best serve every patient’s individual needs. They are willing and happy to discuss all options for your needs, which allows them to provide the best care for you. Most importantly, their illustrious education and careers have given them the ability to treat every patient on a case-by-case basis.

So if you aren’t sure which birth control is right for you, the doctors at Comprehensive Medical Specialists of Texas will be able to help you.